Moving to Europe from the USA

Moving overseas to the old continent is more and more common amongst Americans looking for international jobs, relocating for love, or just moving to a fascinating new place they can call “home”.

Moving to Europe from the US is a big operation, as it involves crossing the Atlantic Ocean and, in many cases, shipping items on land for thousands of miles. It’s a big distance to cover, and when international borders need to be crossed the bureaucracy is also a factor to take into account. 2020 has also brought unprecedented conditions, due to the pandemic, which can mean getting your items and yourself to Europe can be more complicated than normal.

Three Movers is one of the most highly rated international moving companies in the industry. We specialize in customized international moving plans that ensure all the logistics are taken care of efficiently and effectively. Plus, our team of full service movers make the moving process as smooth as possible for our customers.

The average cost of an international move can be quite high. However, we guarantee that we offer the most affordable rates in the industry while still maintaining top-quality service and care.

It’s simple! In the moving process, we handle all the big picture logistics while you focus on packing your items and preparing for your international move.

When it comes to hiring professional movers, there are several factors to consider. First, figure out how much moving services will cost using our customized international moving quote tool. Then check out our international move process to get an idea of what you can expect during your move. Finally, be sure to read our long-distance moving companies’ reviews before making your final decision.

We are excited to help you relocate internationally with ease and comfort! Give us a call today to get started on your customized international moving plan. 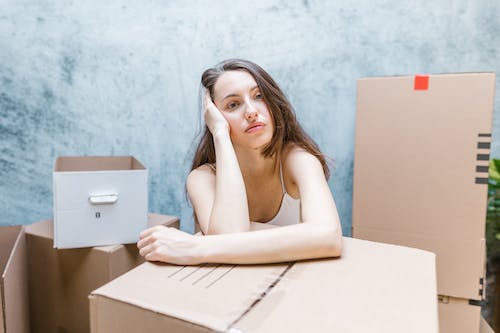 What Will Influence the Cost of the Move?

The distance from the US to Europe can vary by thousands of miles, depending on where the point of origin and the destination point are. It’s important to know your routes to get accurate estimates from moving companies.

Commonly, moves across the ocean are done with a combination of land transportation and water transportation. Special shipments are made by cargo airplane.

There’s also a price difference between door-to-door delivery and pick up from one of the mover’s main locations, for instance. It all depends on your unique case, so getting a personalized quote is important.

If you need special services, like packing, white-glove services, unloading, unwrapping, etc., they will add to your bill. Make sure that your communication with the moving company includes any fee that you will pay in the end.

Type of Transportation for Moving to Europe from the US

There are three main types of transportation from the US to Europe:

If cost is one of the main factors you have in mind when planning your move, choose sea freight over air freight, as the latter is much more expensive, and usually reserved for precious items or urgent moves.

Choosing a shared or an exclusive container is up to you, but it generally depends on the total volume of your items.

How to Prepare Your Belongings for the Move

Preparing for the move is not only about packing your stuff. That can be easily done by the movers themselves, usually for an affordable extra fee. Besides this, you will have to have a complete inventory of the items you are transporting, and check that they are allowed to travel across European borders.

Moving to Europe During the Pandemic

Moving in 2020 is not going to be the same as before, as the coronavirus pandemic imposed safety guidelines and restrictions in almost all countries. Depending on your destination, the shipping will be more or less affected. Shipping companies have been affected, especially during Spring, but activities are slowly getting back to normal. Three Movers is constantly focused on communicating transparently with its customers, and on providing accurate information about what options are available for them.

In the current conditions, it’s easier to ship by sea freight, as the regulations are less strict than for air transportation. Depending on your destination, you may or may not use the ports, so get the latest information from officials of the country you will move to. National land transportation should not be affected by the pandemic.

Moving to Europe? Get a Free Quote!

If you have the main details of your move to Europe, contact Three Movers for a free quote that you can rely on to provide a realistic price range, time frame, special conditions that may apply to your shipping, and conditions of crossing international borders.

Planning your move early on gives you a lot of advantages, starting with the price and availability of moving companies, but if you have an urgent move, we have the expertise and resources to handle that too.

Get in touch with us right away and we will help you find the best solutions and plan for your needs. 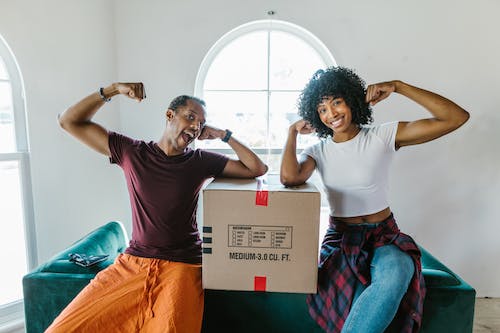 Moves From the USA to Europe: Our Top Routes

The USA to the UK

The USA to Germany

The USA to Spain

The USA to Ireland

The USA to Sweden

The USA to France