Moving to England from the US

What's in this article? hide
1 Movers USA To England
2 Moving to England from the USA
3 International Moving Companies
4 Houses in the UK Are Smaller Than US Homes
4.1 Shipping Your Car to the UK
4.2 Making an Inventory of Your Goods for the Customs
4.3 Choose the Best Shipping Option for You
5 Moves From USA to England: Our Top Routes
5.1 USA to London
5.2 USA to Manchester
5.3 USA to Liverpool
5.4 USA to Birmingham
5.5 USA to Leeds
5.6 USA to Newcastle

Moving to England from the USA

If you have decided to move across the pond to the rainy, eclectic, and history-rich England, you are in for an exciting adventure. Besides the numerous arrangements you will have to make regarding your new home, your work, and making a full transition to a new country, you also have to figure out how to move all your belongings across the ocean.

Three Movers is an international moving company with vast experience in international moves, and we have helped hundreds of customers relocate to England from the US. This expertise allowed us to compile a realistic and practical short guide for anyone who wants to make this move. Having the right information available before you start the international move process can save you a lot of time and money.

When it comes to moving, the cost can be a major factor in your decision-making process. That’s why we offer an online moving cost calculator that will give you an estimate of your moving costs based on the specifics of your move. This way, you’ll know what to expect before hiring professional movers.

At Three Movers, we understand that moving can be a stressful experience. But with our help, you can rest assured that your move will go smoothly, without any surprises. We’re here to take care of everything for you, so all you have to do is relax and enjoy the process!

Here is what you need to know when moving to England from the US. 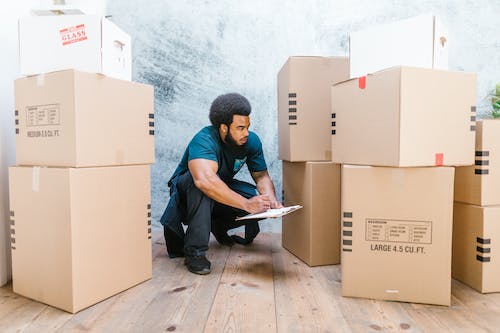 Houses in the UK Are Smaller Than US Homes

This aspect is very important in the moving process of selecting what comes with you and what you will leave behind, sell, or donate. If you already have housing arrangements in England, make sure to know the dimensions of your new home, and adjust the volume of your transportation accordingly.

If you don’t have a house to move in right away after you get there, be on the safe side and take less voluminous items with you, especially when it comes to beds and other important furniture.

Shipping Your Car to the UK

Three Movers are also specialized in auto transportation moving services, so if you need to take your ride with you in England, send us its specifications (like the model, weight, size, etc.) and we will include it in your moving price quote.

If you want full service movers that can save money on auto transport, you can consider selling your car in the US, and getting a new one in England. Since driving in the UK is done on the other side of the road, you have to decide whether you want to keep your US car or not. Also, it’s good to note that automatic gear cars are not common in the UK.

Making an Inventory of Your Goods for the Customs

Preparing your transportation is very important, as they will cross important borders between the two countries. You need to make sure you are not shipping anything on the banned list of goods, that you have documents showing that they are yours and that you have a written inventory of all the items. Packing properly is also more important than you might think, as improper packing can affect the insurance of the items in case anything happens.

Choose the Best Shipping Option for You

Depending on the volume of your belongings, the types of items you will transport, and how long the distance of the move, you can choose different types of transportation.

The most affordable option for you is to choose a shared container service. Because you will share the cost of transportation with other customers using the same container, and because the routes are done with regularity, the price will be lower.

If you have a large shipment, an exclusive container might be the best option for you. This type of transportation gives you the advantage of having more control over the shipment and choosing from a long list of ports available.

Some shipments require special handling or are very urgent. In this case, air transportation is the best option, but it does come at a higher price.

Choose a company that can transport your goods from the origin point to the port of departure, and from the port of arrival to your final destination. Having the same company deal with both land and water transportation is going to make your move much easier.

If you have any questions regarding what will be needed when moving to England from the US, contact us and get a free, reliable quote. On our website, you can find answers to the most frequently asked questions we get, and our employees are ready to discuss everything in detail. 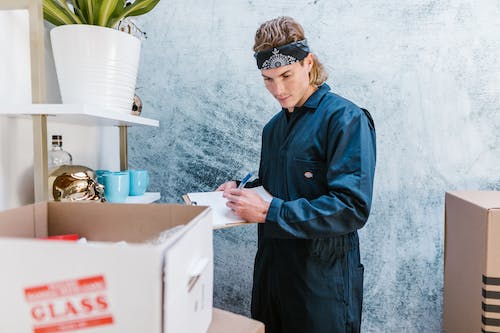 Moves From USA to England: Our Top Routes

We operate from many different cities in New York State. We can help you relocate to various cities in Texas from those states.